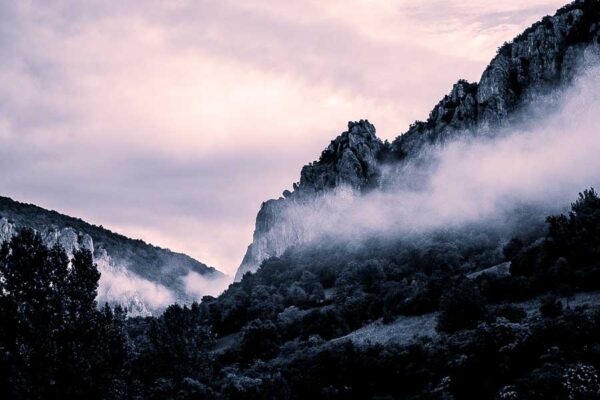 I glanced up from lugging my heavy bike up the dirt path, which was caked with mud from the rains over the two previous days to see Dave sprinting down the hill with Sora trotting behind. When he reached me, he stopped to catch his breath, bent over, hands on his knees.

“Did you know,” he said, still panting. “That there are wild boar in Bosnia?”

“No,” I replied, incredulous.

Dave had just witnessed a mother boar escorting her piglets back and forth across the road, directly in front of his bike. With Sora already tied around his waist, he ditched his bike in the middle of the dirt path and hightailed it my direction.

“I don’t know if boars are dangerous, do you?” he asked, with anxiety in his voice.

As I answered, Dave was breaking apart branches to make five and six foot daggers to fend off the wild boar should they cross our path again. He picked up a big rock in case our sticks failed to send the beasts on their way.

Together, we pushed my bike up the rocky hill. Dirt paths like these transform the Long Haul Trekkers into the Long Haul Walkers (you’re welcome, Dakota). 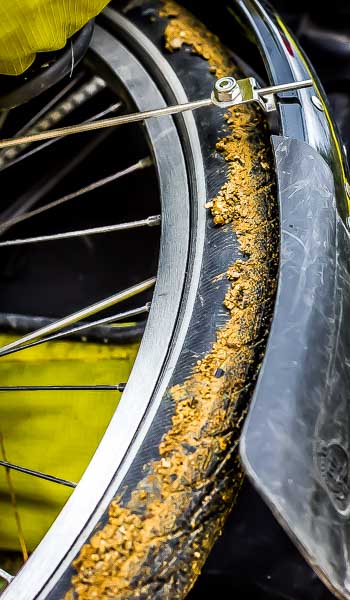 As we heaved my bike, Dave began to sing nonsense words in attempt to scare any creature that dare cross our path.

I suggested we pick a song we both know, so we can sing together and project more loudly.

On command, Dave began to belt the words that make up the 90s ode to large derrieres: Baby Got Back.

And so, up the hill we marched, armed with large sticks and rocks, singing our rendition of Sir Mix-A-Lot’s anthem.

I like big butts and I cannot lie
You other brothers can’t deny,
When a girl walks in with an itty bitty waist
And a round thing in your face,
You get sprung….

Upon entering Bosnia & Herzegovina it was immediately apparent that we were in for adventure. Just past the border, we spotted our first stray dogs – a cycle tourist’s nightmare – and endured a multi-hour lightning storm at a campground that provided no safe indoor space for us to outwait the storm. And so, Dave, Sora, and I crammed into the tiny, cobwebb-filled womens’ bathroom for 45 minutes while lightning lit the skies outside.

The following day, we pedaled 15km up 7% and 9% grades to Una National Park. Knowing about the 120,000 mines remaining from the Bosnian War, I pedaled with trepidation, terrified to leave the security of the paved road. As we climbed, I spotted a land mine sign to my right, engulfed in ivy and hiding behind the thick brush. I envisioned explosions in the distant woods, set off by wild animals or street dogs. I wondered how I would pee.

Not understanding how secluded we were, I didn’t think to buy large quantities of food. Halfway up the hill, I realized that we were in serious trouble, as I only had one loaf of gummy white bread, a tomato, an onion, a small jar of ajvar, and three precious packs of Justin’s Peanut Butter sent in a care package from my mom.

Fortunately, as we neared our campsite, we passed several small markets that offered rotten produce, polenta, and more ajvar. I found only one can of beans, purchased a giant jar of ajvar, a bag of polenta, more tomatoes and onions, and two more loaves of gummy bread.

The thunder and lightning continued, inducing cabin fever while we holed up at our rafting camp for two days to outwait the storm and venture out onto the river.

Perhaps our most daring adventure was our white water rafting trip along the Una River. Sure, thunder and lightning followed us downstream and the cold rain fell as we navigated the waterways. We shivered for the majority of the five hours on the river thanks to our guide who suggested that we leave our neoprene jackets in the car “because it was so hot and there was no chance of rain.” But, our most notable success of the day involved enduring the miserable company of our drunken, smoking, and obnoxious raft mates from Zagreb, Croatia.

When they felt like paddling, we collided paddles constantly as their drunken stupor rendered them unable to maintain rhythm with those of us in front. They delayed our departure by a half hour while we waited for them to finish their drinks at the bar near the start of the river entry. But the worst abomination involved screeching songs at the top of their lungs for five hours scaring away wildlife, while we floated along pristine nature.

Whence upon learning Dave and I hailed from the United States, they began to belt out American classics like Oh! Susanna, Row, Row, Row Your Boat, and I’d be remiss not to mention their rendition of the Negro Spiritual, Wade in the Water.

Upon return to the rafting camp, we found that storms had cut the power to the entire town. We ate dinner and showered by candlelight. In the morning light, I noticed that I had spilled wax all over my towel.

Still without power in the morning, we set out to take the wet, muddy gravel road to Vrtoce. In addition to encounters with wild boar, this shortcut involved pushing our bikes 20km up and over a mountain pass. With Sora tied around Dave’s waist, he would haul his bike uphill, set it down and help me push mine to meet his. We leapfrogged like this for three hours. I actually mounted my bike and pedaled for perhaps 800 meters before happening upon the downhill portion of the program.

At one point, I sat down in the middle of the neverending hill and declared my refusal to cycle further. I whined that it was too hard and not fun and I was tired of pushing my damn bike up the damn hill.

Some gummy bread and ajvar later, I commenced pushing my damn bike up the damn hill. After days of ajvar as our primary food source, the Balkan vegetable sauce was beginning to revolt me.

After what seemed like hours later, we arrived at the peak and pedaled into a beautiful, mostly undeveloped valley amidst the towering mountains. For a moment (only a moment), I forgot about the pain and suffering of hefting my bike uphill to reach this point. Some 40 minutes later, the muddy, rocky path morphed into pavement.

It was the most beautiful pavement I had ever seen. It was smooth and downhill and not at all rocky and slippery. I could pedal without mud collecting in my fenders and clip into my pedals without first digging out chunks of dirt.

Our lodging for the evening sat just a few kilometers down the road and there, we feasted on grilled potatoes, devoured freshly baked not-at-all-gummy bread, and inhaled an apple pastry for dessert. That night, we slept solidly, as the physical efforts of the day slithered from our aching muscles.

Well-rested, we awoke with energy the next day, wondering what adventure Bosnia would present us next.

Hello! I'm Jen. I'm a writer, photographer, dog mom, and outdoor enthusiast. When I'm not writing about awesome ways to get outside with your dog, I'm probably out for a long trail run. I also fancy myself a pretty decent vegan cook, and am always happy to whip up a batch of cookies for friends. I am based in the Pacific Northwest and I never leave home without my dogs.